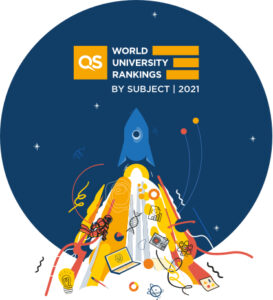 The prestigious global ranking of higher education institutions,  QS World University Rankings , which has just been published, shows that the Estonian Academy of Music and Theater has managed to gain a strong position for the third year in a row and is among the 51–100 best universities in the field of music and theater in 2021.

The Juilliard School and the Royal College of Music are holding first and second place respectively. Our partner university, the Royal Conservatoire of Scotland (formerly the Royal Scottish Academy of Music and Drama) in Glasgow, has risen to the third place. The EAMT is ranked next to the music universities of Munich, Hamburg and Cologne, Franz Liszt Academy of Music, The Fryderyk Chopin University of Music, St. Petersburg Conservatory and other top universities of music.

It is particularly important and significant that the Academy has managed to maintain a strong position in the rankings even after an extremely difficult year during which international relations to a great extent, had to be transferred over to the virtual world.