Toomas Kaldaru started his musical studies as a child first in piano playing, but being passionate about the opera, he insisted in becoming a singer. Therefore he continued his studies in opera singing, piano and vocal coaching at the Estonian Academy of Music and Theatre. After graduating in 2001, he moved to Italy and was accepted to the prestigious Santa Cecilia Conservatory in Rome, where he obtained his master’s degree with first class honours in collaborative piano,opera coaching and vocal technique under Adriana Giunta. As a singer he attended master classes by Claudio Desderi, Monica Bacelli, Thomas Wiedenhofer, Daniela Dessì, Elizabeth Norberg Scultz, Erling Eriksen and many others.

As Toomas has always been interested in foreign languages, he has studied French at L’Institut français – Centre Saint-Louis in Rome, broadened his knowledge of Italian at Università per Stranieri in Perugia and finally studied Italian literature and linguistics at Università Roma Tre in Rome. Besides being fluent in Italian, English and German, he is able to freely communicate also in French and Russian.

During his career as a singer, Toomas has always worked as a piano accompanist and vocal coach in various singing classes and master classes in Italy. As a vocal coach, he has participated also in various opera productions in Italy and abroad and has collaborated with such renowned opera houses as Teatro dell’Opera and Accademia Nazionale di Santa Cecilia in Rome, Teatro Maggio Musicale in Florence, NarniOpera, Kammeroper and Opernwerkstatt Rhein in Cologne, Tartu Vanemuine Theatre, Shymkent Opera House in Kazakhstan and many others.

His soloist career includes some of the most demanding and beautiful roles in the operatic repertoire such as Alfredo in “La traviata”, Lenski in “Evgeni Onegin”, Ramiro in “La Cenerentola” and Tamino in “Die Zauberflöte”. Toomas has appeared also in more than 200 chamber and sacred music recitals.

He currently lives in Rome and works as a pianist and diction coach for the opera singers preparing them for auditions, exams and important opera productions. 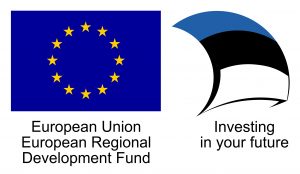