MA in Contemporary Physical Performance Making (CPPM) is a ground-breaking course that takes postgraduate education out of the classroom and puts practical experience with world-leading makers of performance at the heart of the learning process. Students are working alongside some of the most exciting directors, choreographers, performance makers, artists and companies across the world to further their own artistic practice through active collaboration, devising and performance. It is very important to us that all those international students who study the CPPM curriculum and those world-renowned performance makers who come to Estonia to teach them in Estonia, do not just stay between the four walls of the academy. CPPM Open Class is a series of events where anyone interested can take a look at the otherwise hidden rehearsal and creative processes. At the end of each open class, interviews with the guests will also take place to reveal even more about their creative processes.

LPN is a transdisciplinary arts organization & non-profit that provides a support network and forum for artists of various disciplines, generations, gender complexities and ethnic backgrounds. It is devoted to erasing the borders between art and politics, art practice and theory, artist and spectator. For 25+ years, LPN has intensely focused on the notion of collaboration across national borders, race, gender and generations as an act of radical citizen diplomacy and as a means to create “ephemeral communities” of rebel artists.

LPN’s performance work mixes experimental aesthetics, activist politics, Spanglish humor and audience participation to create a “total experience” for both live and online audience member/reader/viewer. Continually developing multi-centric narratives and large-scale performance projects from a border perspective, LPN creates what critics have termed “Chicano cyber-punk performances,” and “ethno-techno art.” In the work, cultural borders have moved to the center while the alleged mainstream is pushed to the margins and treated as exotic and unfamiliar, placing the audience members and readers in the position of “foreigners” or “minorities.”

Guillermo Gómez-Peña is a performance artist, writer, activist, radical pedagogue and artistic director of the performance troupe La Pocha Nostra. Born in Mexico City, he moved to the US in 1978, and since 1995, his three homes have been San Francisco, Mexico City and the “road”. His performance work and 21 books have contributed to the debates on cultural, generational, and gender diversity, border culture and North-South relations. His artwork has been presented at over one thousand venues across the US, Canada, Latin America, Europe, Russia, South Africa and Australia. A MacArthur Fellow, USA Artists Fellow, and a Bessie, Guggenheim, and American Book Award recipient, he is a regular contributor to newspapers and magazines in the US, Mexico, and Europe and a contributing editor to The Drama Review (NYU-MIT), the Performance Art Week Journal of the Venice Biennale, and emisférica, the publication of the Hemispheric Institute of Performance and Politics (NYU). Gómez-Peña is currently a Patron for the London-based Live Art Development Agency, and a Senior Fellow in the Hemispheric Institute of Performance and Politics.

Balitronica Gómez, (US/Mexico) Senior Core Member, Performance Artist, Poet, Radical Pedagogue, Director of Media, Ritual Occultist, Hereditary Witch, Cabot Priestess. Balitronica is a cyborg-feminist poet, performance artist, radical pedagogue, ritual occultist, hereditary witch, and Cabot Priestess. Born and raised on the border of San Diego/Tijuana by a family of multigenerational occultists, she has a background in classical theatre and Victorian Literature and holds an MFA in Poetry & Writing from Mills College. Her performance work has been largely influenced by her time spent living in a 17th Century Catholic Convent in Paris with a Dominican Order of Nuns. Since joining La Pocha Nostra, she has made a full-time performance practice that explores the ideas of ritual psychomagic acts, occult methods of transcendence, and the human body as conduit. She has been touring internationally with Gómez-Peña since 2013 and currently resides between San Francisco, Mexico City, and the San Diego/Tijuana Border. Track her current projects online here.

Saul Garcia Lopez, aka La Saula (Mexico/Canada) Co-Director of International Projects, Pedagogue and Pocha Scholar. La Saula is a postnational performance artist, scholar, activist, and performance director. He is a pedagogical DJ for communities of radical differences, a reverse wetback of gender and ethnic bending, and a third world cyborg kitsch. As a conceptual sicario, he enacts psychomagic rituals, social exorcisms, and conceptual cannibalism against colonialism. He trained as a dancer and actor, has a BA in psychology, a PGradDip in Directing, and a BA (Hons) in Drama and Film. He has toured around the world with LPN and has co-written with Gómez-Peña, a new pedagogical book La Pocha Nostra: A handbook for the rebel artist in a post-democratic society (Routledge, 2020). Currently a visiting professor at the Norwegian Theater Academy and coordinating multiple international projects by LPN and tactically joining for European and Mexico group projects. 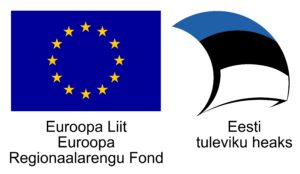